You will quickly discover that your driver is one of the most important persons for the success of your tour in Mongolia!

Outside Ulan Bator, a 4x4 vehicle is essential, paved roads are rare.

The tracks are often made of clay and sand, forcing to slow progression. Distances are measured in hours, but the beauty of the landscapes is an integral part of the trip.

You will always feel alone in the world surrounded by nature. Going through a dozen of passes in the mountains without seeing a soul is a dizzying experience...

Feel free to stop regularly to stretch your legs and enjoy a spectacular view ...

The 4x4 you will find in Mongolia are essentially a kind of Russian mini-van, quite rustic but "effective" in this harsh environment for machines! For small groups (2 or 3 persons), Japanese 4x4s are also available. 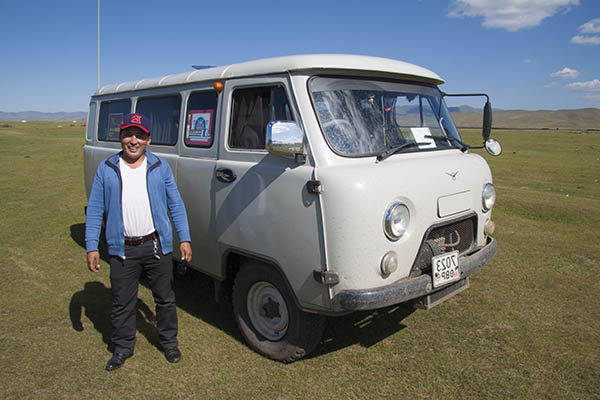 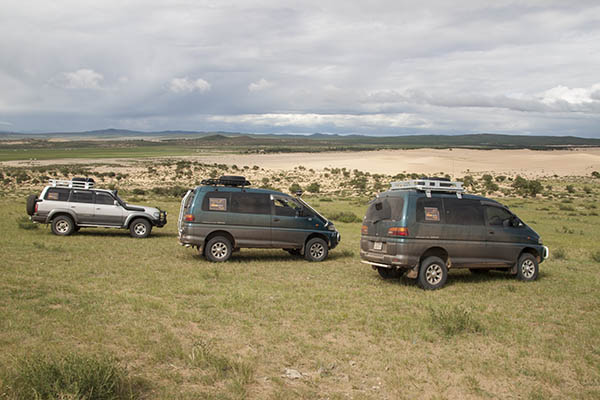 The main airlines flying from and to Mongolia are:

Book your flight as long as possible in advance (ideally 6 months), because the tourist season is short, mainly between July and August, and the best rates for travel in this period are full of months in advance.

The train in Mongolia: the Transmongolian

The Transmongolian is a rail line linking Ulan Ude in Russia on the Trans-Siberian railway, to Beijing China, through Mongolia via Ulaanbaatar.

The line was built between 1949 and 1961. The distance is 1520 mm in Russia and Mongolia, and 1435 in China, which implies a long stop at the border to accommodate the trucks.

The main stops in Mongolia are, from north to south: