Built in 1809, the Gandantegchinlin Monastery - also known as the Gandan Monastery - is a Tibetan-style Buddhist monastery located in Ulan Bator. Its name of Tibetan origin can be translated as "Great site full of Joy". Several hundred monks currently reside there.

It contains a statue of Megjid-Janraiseg (Bodhisattva Avalokiteshvara - called Chenrezig in Tibetan) by 26.5 meters high.

The original statue, made of copper, was erected in 1911 and was dismantled in 1937 by Soviet troops (the remains of the statue were subsequently used to make bullets during the siege of Leningrad). Following the fall of communist regimes, it was rebuilt in 1996 with donations of gold from Nepal and Japan.

Adorned with gold and nearly 2,286 gemstones, the statue weighs over 20 tons and is covered with nearly 100 kg of silk clothing. 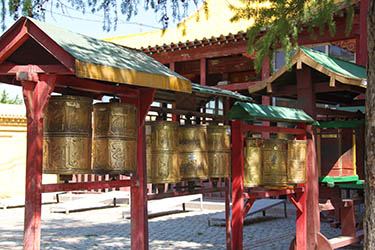 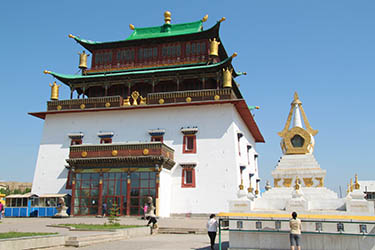 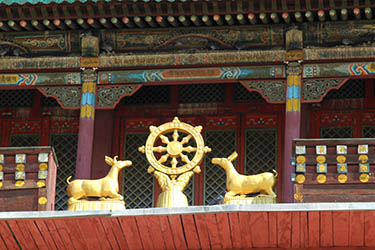