The Lake Khovsgol (Hövsgöl) is the second largest lake in Mongolia, and the deepest. It is located north of the country, in the province of Hövsgöl. It is 136 km long and 36 km wide. Its waters are cold, frozen four months a year (January to April).

It represents 2% of global world freshwater supplies and the water is particularly pure.

The origin of Lake Khovsgol is very old, its age is estimated at several million years.

Located in a region prone to drought, this large lake is considered sacred by local people (especially Tsaatans, reindeer herders who live in remote areas of the region).

Ninety-six rivers flow into the lake, but only one comes out, the Egiin Gol River.

Many species of fish live there, as well as abundant wildlife in the surrounding area and a typical flora. The lake is also an important transit point for migratory birds from Siberia. The vast Hövsgöl National Park (838,000 hectares) was established in 1992 to protect this environment. 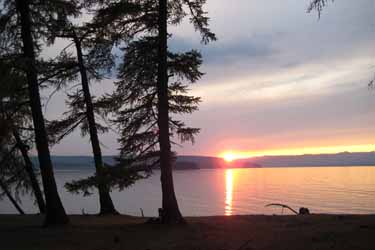 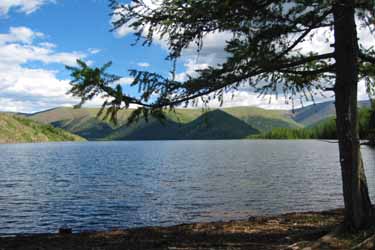 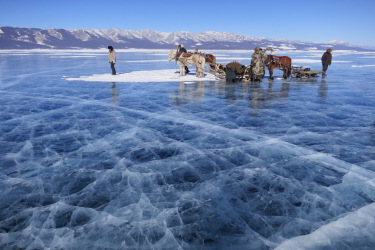